The effects of transporting horses either forwards or backwards were compared by transporting six thoroughbred horses in pairs in a lorry on one journey facing in the direction of travel, and on another journey facing away from the direction of travel, on a standard one hour route. Heart rate monitors were used to record their heart rate before, during and after the journey and the horses’  behaviour was recorded by scan sampling each horse every other minute. The average heart rate was significantly lower when the horses were transported facing backwards, and they also tended to rest on their rumps more. In the forward facing position, the horses moved around more and tended to hold their necks in a higher than normal position. They vocalised more often. The horses seemed to find being transported less physically stressful when they were facing backwards than when they were facing forwards.

Anecdotal evidence suggests that transporting horses while they are facing backwards. 180∞ away from the direction of travel, induces less stress.  The method possibly has three main advantages over conventional forward facing travel: It’s broad fleshy hind-quarters are presented to the potential impact area during braking and deceleration, instead of it’s more fragile head and chest. The horse therefore doesn’t feel the need to carry it’s head in an unnaturally high position and it can become more balanced because it can lean over it’s forequarters because it no longer fears injury on sudden braking. It has also been proposed that horses are more able to cope with the changes in acceleration and deceleration when traveling backwards because they can stand with their weight more correctly distributed. The forelegs are better adapted to swaying than the hindlegs, because this is part of natural grazing behaviour, and the shoulders therefore tend to provide better support in response to lateral forces than the haunches which tend to give way so that the horse has to side step with it’s hindlegs. It is therefore advantageous to have the forelegs placed where lateral accelerations are greatest, that is to the rear of the axle, as is the case when horses are transported when facing backwards.

Rear facing transport does seem to have it’s advantages, these include less physical effort by  the horse, because the horse can maintain it’s balance more easily and adopt a more natural stance, and so less concentration and muscular work are required by the horse whilst being transported.  As a result, the performance of the horse, when it arrives at it’s destination is less likely to be compromised by the stresses of the journey. Rear facing transport should also be safer in the event of a frontal impact  with another vehicle, because the fleshy rump of the horse would dissipate the shock more effectively than the head and chest, which would be more likely  to sustain serious injury. 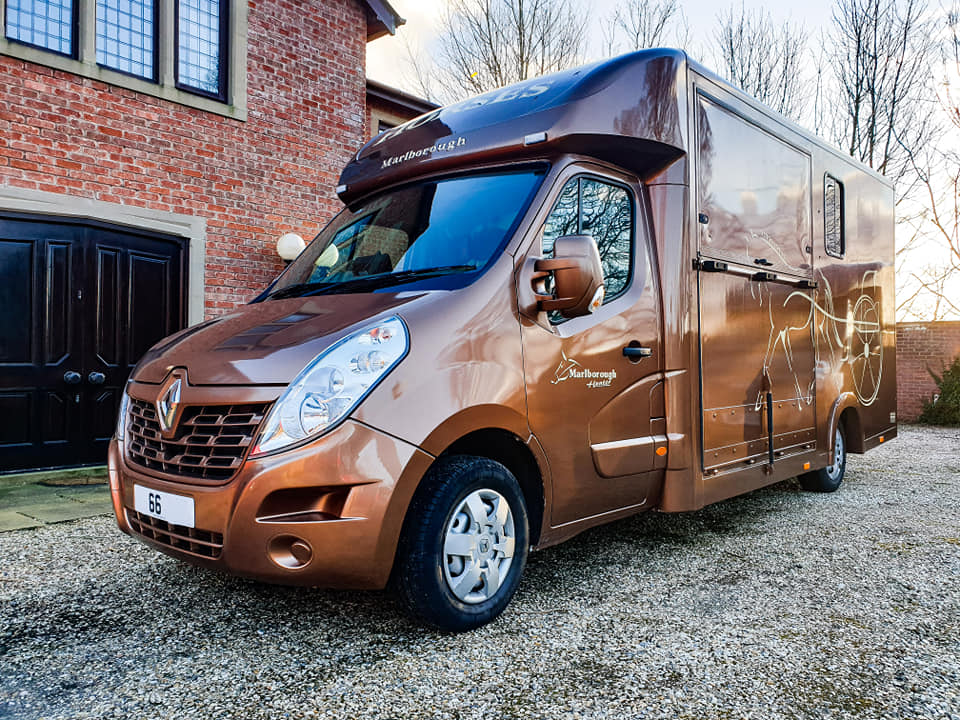 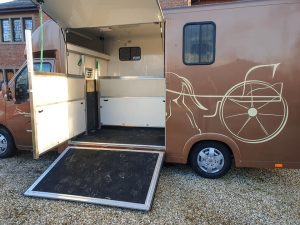 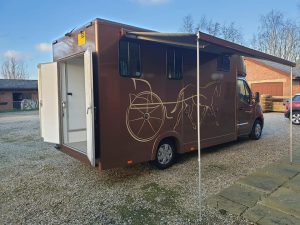